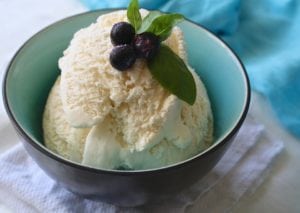 We will reveal some secrets of preparing ice cream at home – no worse than what is served in cafes and restaurants.

In the preparation of ice cream, the most important thing is to withstand the technological process – not the most difficult actually. In industrial production, the raw mix is ​​filtered, cooled under pressure and frozen with air saturation in special machines. The resulting soft ice cream is packed and sent for quenching.

At home, you can use a freezer (automatic or semi-automatic), but if it is not there is nothing to worry about. There are other fairly simple ways to bring the ice cream “into shape”.

Use thickener
The main components of ice cream are milk, cream, sugar and thickener. Thanks to the latter the ice cream becomes tender and freezes well. The role of the thickener is played by yolks, gelatin, agar-agar or starch. Without them, ice cream will not keep in shape and quickly melt.

The most simple ice cream can be made from 2.5 cups of milk, 1 glass of sugar, 4 eggs and vanillin. Egg yolks need to be ground with vanillin and sugar until they are completely dissolved (do not beat), pour the mixture into a saucepan, add hot milk, boil until the mixture thickens and the foam disappears, strain through a sieve and freeze.

Mix and saturate with air
The principle of the ice cream maker is as follows: it freezes the mixture while mixing it, saturating it with air and not letting the crystals freeze. After the ice cream, the mixture must be transferred to the mold and sent to hardening in the freezer.

In the absence of ice cream, there are secrets of cooking. The correct texture of the product can be achieved without special equipment.

The first option: the prepared mixture is put in the freezer and whipped every 15 minutes with a blender, mixer or whisk until a soft “semi-finished product” is obtained. It should be left in the freezer for another 3 hours.
The second option: take two tins – one bigger, another smaller, to fit in the first. Pour the mixture into a smaller jar, tightly close the lid, put in a large jar, which is also tightly closed with a lid. And for an hour and a half calmly and accurately roll the jar to and fro. This will allow the mixture to mix well and be saturated with air. After that, the contents are transferred to a bag and placed in the freezer for several hours.

Withstand ice cream before serving
Before serving ice cream it is recommended to keep it in the refrigerator for a day. To allow to freeze cold and avoid the formation of “fast” ice crystals or stratification. So it’s better to cook ice cream the day before the filing.

Experiment with filler
To the basic recipe for ice cream, you can add various fillers – syrups, fruits, nuts, chocolate, etc.

The syrup is added to the ice cream before freezing, and the fruit or nuts – in the process, when it starts to solidify. 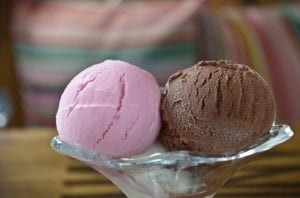 To make chocolate ice cream, add 50 grams of dark chocolate to the hot yolk mixture and mix thoroughly until the chocolate dissolves.

Lemon ice cream can be made by adding condensed milk, lemon juice and a little lemon peel to the mixture.

Banana ice cream is made as follows: bananas are ground to a puree state, add egg yolks with sugar, cream (300 g) and heat on the fire until thick. The mixture is cooled and placed in a freezer in a periodic stirring and shaking. 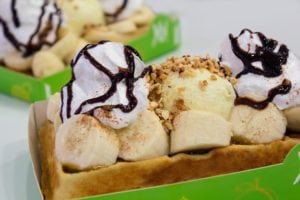 Sugar can always be replaced with honey, which will give the ice cream an original taste.

Think about filing
To serve ice cream “as from a restaurant”, use special “scissors” for cutting balls. They cost inexpensively, and the result will be neat ice cream balls in the sherbet dish. You can do without this device – then you’ll have to learn how to cut balls with an ordinary spoon.