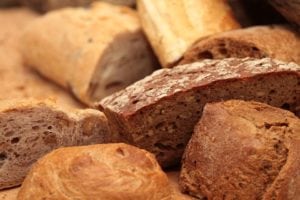 How many times on the Internet did you find topics with the headings “Is the gluten-free diet safe and who needs it”? At least you once asked yourself, where did the fashion for life without gluten come from? Who is trying to convince us that gluten is dangerous?

We tell all the facts about gluten, which you just need to know in order not to let popular myths mislead you.

1. Truth: gluten is a part of the most popular cereals in the world
Gluten is a special vegetable protein, which is synthesized by the plant to accumulate food for its sprouts. The second name gluten – gluten – reflects its special properties, namely, stickiness, flexibility and elasticity, thanks to which, when mixed with water, the dough becomes elastic and viscous.

Gluten is a part of most cereals – wheat, rye and barley. That is, almost all bakery and confectionery products contain this protein, and the body easily absorbs it.

Gluten intolerance affects only 0.5 percent of the population. This is a fairly rare disease, which, as a rule, is diagnosed at an early age.

3. Truth: gluten intolerance is a real, though rare, disease
Many of us, noticing the markings “without gluten,” think that gluten is something harmful and dangerous to health. In fact, to buy gluten-free foods healthy people do not make any sense, because for most people gluten is just as easily digestible protein as everyone else.

4. Myth: gluten intolerance can develop itself
Gluten intolerance has the form of an allergy, that is, it is an autoimmune congenital disease that can not be “picked up” by misusing flour products.

In other words, you can not get celiac disease, but if for some reason you doubt your health, you can always go to the doctor and take the necessary tests.

5. True: most people have gluten does not cause a negative effect
A person suffering from gluten intolerance can not even eat regular bread, because gluten causes severe abdominal pain, digestive disorders, and general weakness.

7. Truth: there is a fashion for life without gluten
Fashion for gluten-free diet continues to gain popularity. In recent decades, more and more people who do not have celiac disease, are monitoring any information related to gluten.

Communities in social networks, articles in journals and conferences support and distribute the so-called “gluten mainstream”, although in reality there is nothing dangerous in gluten.

8. Myth: the label “gluten-free” is needed for many products
Marketers like to speculate on the topic of gluten, forcing to buy more expensive and “healthy” products by fraud. Surely you have repeatedly noticed the brand “does not contain gluten” on some products in the store. Be vigilant, because you can be deceived.

For example, meat products do not contain gluten, and if you see such a sticker on sausage – be sure that this is a tricky marketing move. The same applies to some products from grains: remember that gluten is found only in wheat, rye and barley, which means you will never find it in oatmeal porridge or beer.